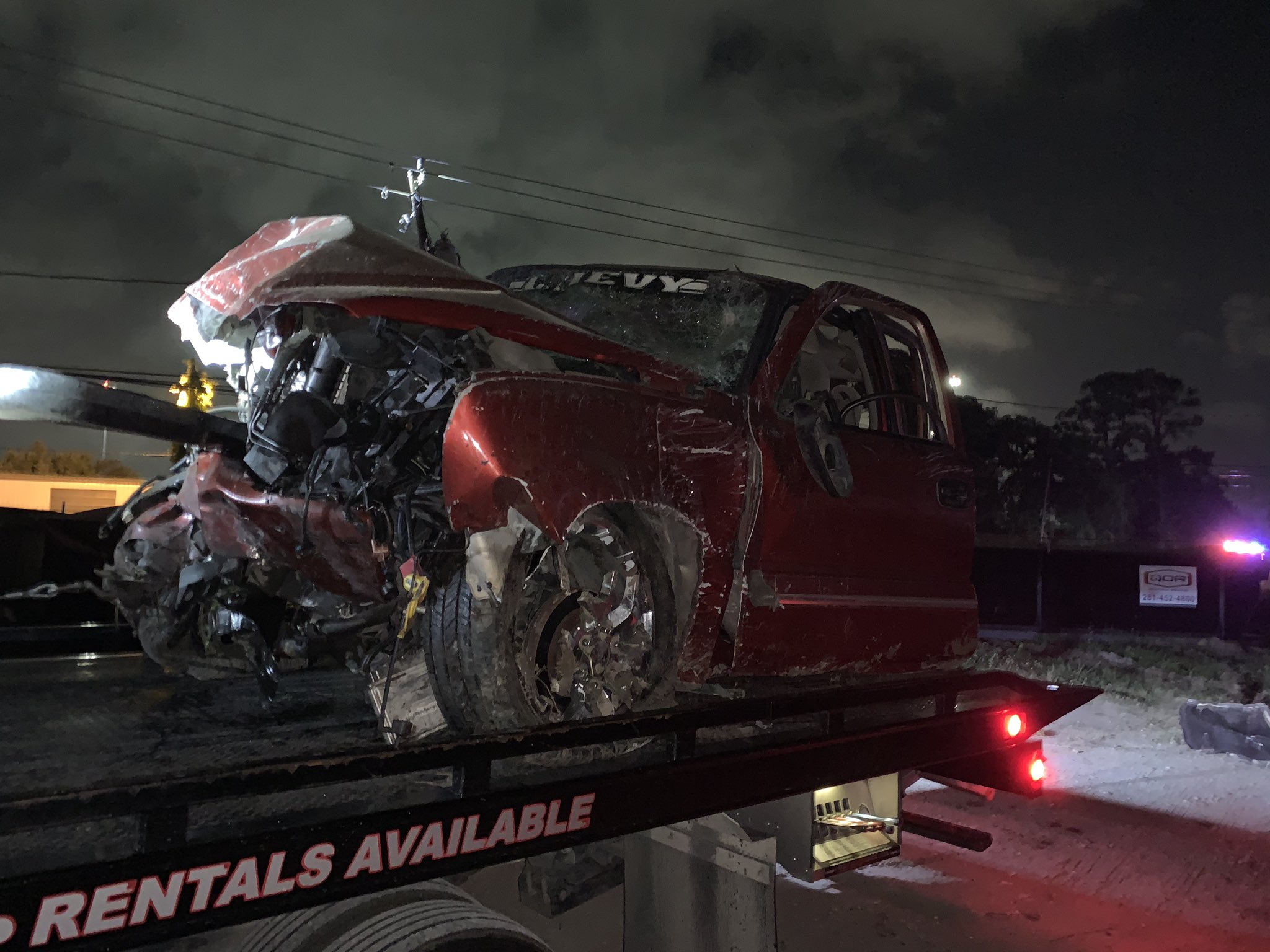 HOUSTON, TX – Two men have been arrested after reckless driving led to a high-speed chase and a dramatic car accident early this morning, according to KPRC2 and a tweet by the Houston County Sheriff’s Office.

A Harris County officer saw a vehicle driving unsafely, performing “donuts” in the road at around 1 a.m. this morning.

Whenever the officer attempted to confront the two men inside the vehicle, the driver “refused to stop” and drove quickly away from the scene. A high-speed chase followed, which was ended by the suspects crashing into multiple obstacles, including a barrier, a drainage pipe, a fence, and a utility pole.

The chase ended at 16628 Market Street. Power lines were downed and the street was closed as a result of the accident.

According to a representative of the Sheriff’s Office, the suspects are “lucky to be alive.”

The vehicle was totaled in the crash, reports KPRC2.

The two men in the chase were taken to the hospital but are expected to survive any injuries.

This is part of a series of articles presented by attorneytom.com to help keep our Houston neighbors informed about car accidents and traffic incidents across our city. It is not presented as legal advice. However, if you or someone you love has been injured in a similar incident, we may be able to help you secure financial compensation for your medical bills, lost wages, and other expenses. Contact us today to speak with one of our Houston car accident attorneys.