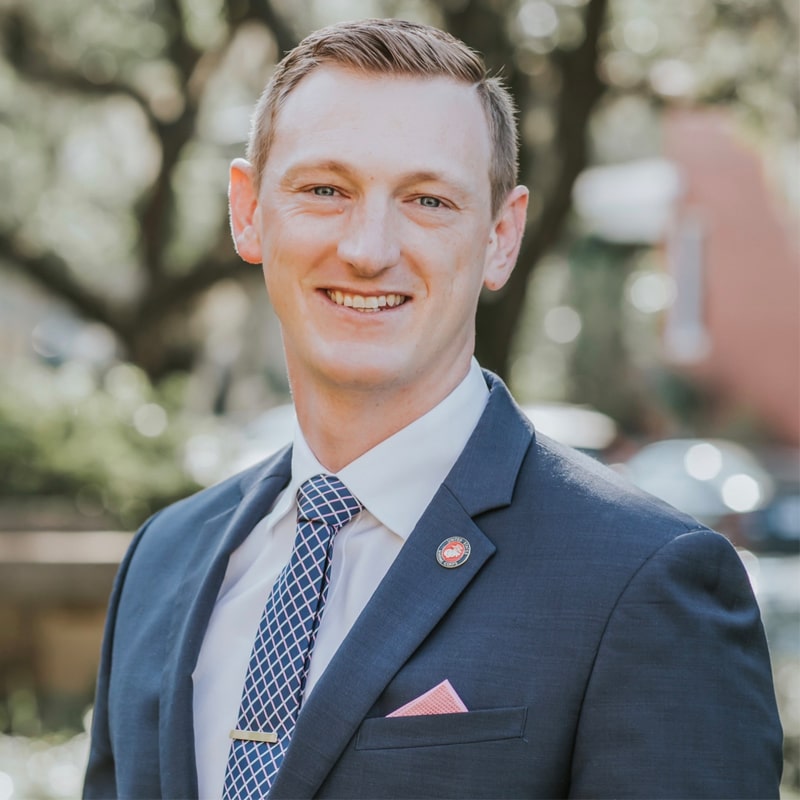 Brandon Pettijohn is an attorney, advocate, and veteran of the United States Marine Corps.

Brandon joined the United States Marine Corps after high school and was stationed at Camp Lejeune, North Carolina after completing amphibious assault vehicle training at Camp Pendleton, California. During his enlistment, Brandon deployed with a Marine Expeditionary Unit in support of Operation Enduring Freedom to the Mediterranean Sea and to Helmand Province, Afghanistan with the 3rd Battalion, 8th Marines. Brandon was decorated for service and leadership under fire.

Upon returning from Afghanistan, Brandon was selected to serve on the All-Marine Wrestling Team where he trained full-time in Greco-Roman Wrestling in the international Olympic circuit. He competed at the last chance Olympic qualifier in 2012 for a chance to make the Team USA’s Olympic Greco-Roman wrestling team. Falling short of this goal, Brandon left the Marine Corps to pursue his education.

After Brandon was honorably discharged, he attended school at the University of Indianapolis where he graduated at the top of his class. Thereafter, he attended Indiana University where he received his law degree.

Brandon returned to Southeastern North Carolina after graduating law school and opened his own firm just miles from Camp Lejeune. Brandon has dedicated his practice to helping people and has always especially focused on serving Marines and their families.

Brandon Pettijohn is licensed to practice law in Indiana, North Carolina, Tennessee, and in the United States District Court for the Eastern District of North Carolina.