HOUSTON, TX – Two people were killed early on Monday morning, when a car crashed into a motel lobby and then caught fire. 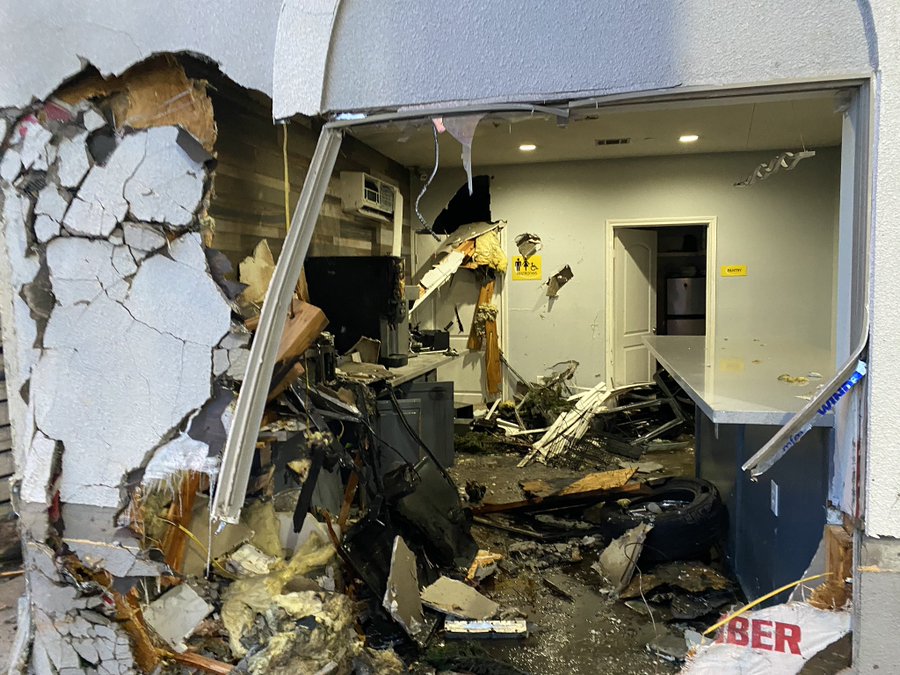 A driver lost control of their vehicle and crashed through the front wall of the Super 8 motel on North Freeway near Richey Road. The accident occurred early in the morning on May 25.

ABC 13 reporter Charly Edsitty explained that the vehicle hit a power pole on the North Freeway access road, near the motel’s entrance. The car then dragged the pole 100 feet before crashing through the motel’s wall.

The car caused significant damage to the motel, creating a large hole near the front lobby.

The vehicle caught fire after the impact, but the building’s sprinkler system controlled the flames and prevented the fire from spreading.

The Houston medical examiner removed two people from the building, who were killed during the accident. They believe that these people were the driver and passenger in the vehicle.

The motel’s manager reports that he and his family of six were sleeping in the motel when the accident occurred. Fortunately, the manager’s family, the motel staff, and all the residents were uninjured in the accident.

This story is still developing, and we will provide more information as soon as it becomes available.

People dislike attorneys until they actually need one. Attorney Tom’s team of Houston personal injury lawyers is prepared to help you if you’ve been hurt in an accident. Call (713) 597-6402 or fill out an online contact form and an experienced legal professional will reach out to you.

Note: This site is dedicated to reporting on accidents and injuries. We refer to existing news sources to create our posts. News articles often are updated to reflect new developments. Contact us if you have noticed any false or out of date information in this post so we can update it to be as informative as possible.

Disclaimer: Attorneytom.com is a local website. We hope that by exposing the frequency of accidental injuries in our community, we can help make the greater Houston area a safer place. It is our hope that exposing the prevalence of preventable injuries will help our friends and neighbors take the necessary measures to avoid such accidents. Information on accidentattorney.io is not legal advice